On view from 1 March -3 June, 2017. This major retrospective exibition traces the artist’s diverse output between the 1940s up to the present day.

Ahmed Morsi A Dialogic Imagination, traces the artist’s diverse output between the 1940s up to the present day. Both figurative and fantastical, his paintings evoke his practice as a poet. Writing in the highly acclaimed cultural magazine, Al-Khayyal, Samir Gharib, the prominent Egyptian art critic, stated that ‘Ahmed Morsi paints his poetry and writes his paintings.’ He works symbolically to create poetical representations of real events and places that are equally influenced by mythology, imagination and the subconscious. Memory, the passage of time, contemplation, isolation and lyricism are all key elements in his work.

Although he has resided in New York since 1974, he has never fully abandoned his past life in his native city and his associations with the ‘Alexandria School’. Coined by renowned Egyptian novelist and critic, Edwar el Kharrat, the term defines the generation of free thinkers in 1940s Alexandria, who came of age in the multi-ethnic, culturally diverse portal city that became a replacement for war-torn Paris when many French and European galleries moved. Living ‘surreally’, collaborating with one another, remaining lifelong friends and each masterfully representing their chosen medium, the group included such members as playwright Alfred Farg, actor Mahmoud Morsi and writer Mounir Ramzi. Between 1955 and 1957, Morsi relocated to Baghdad during a time of cultural renaissance, after a short period of living in Cairo. The move to Baghdad proved to have a lasting impact on his career, as it was where he developed long lasting friendship and creative cooperation with renowned Abdel Wahab Al Bayati and painters Fuad Al Takarli, and Ardash Kakavian. Baghdad was also the place where he first tested his talent for art criticism, starting with exhibition reviews for major local newspapers, and a major critical work on Picasso.

Alexandria remains for Morsi suspended in a vacuum, beyond the confines of both space and time. Yet, he does not paint what once was: he paints what he calls the ‘unique Egyptian spirit’, which encompasses 7000 years of tradition, and an atmosphere extinguished in the geopolitical and moral seas of nowadays.

BELOW ARE THE WORKS FROM THE EXHIBITION

Works from the Exhibition 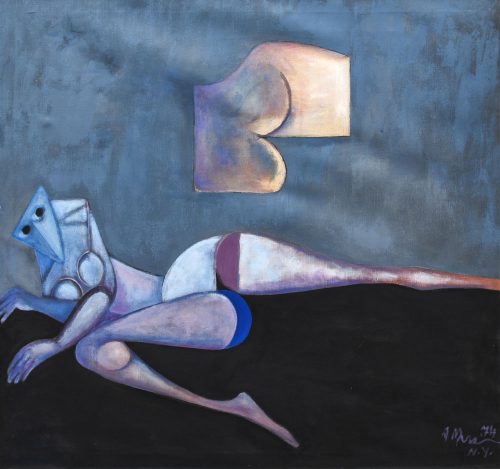 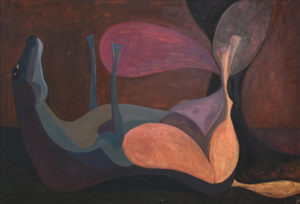 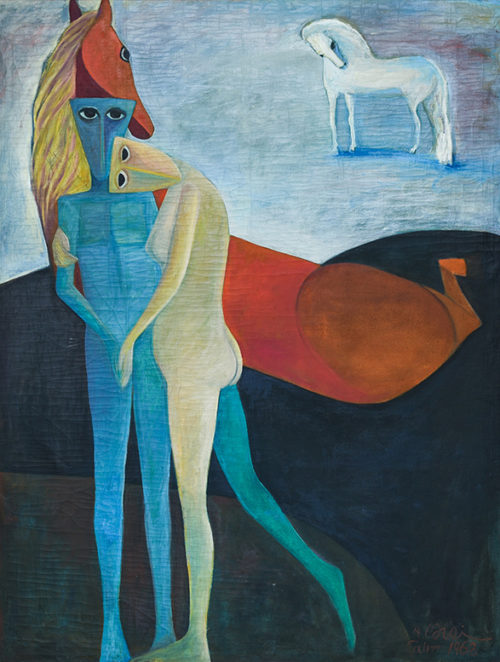 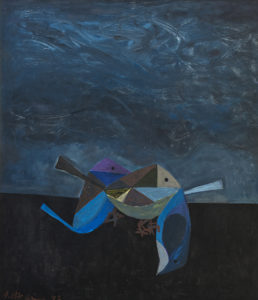