Mohammed  AlSharekh, Kuwaiti visionary founder of Sakhr Software Company, is the man responsible for introducing the Arabic language into the world of computers and technology, all the way back in 1983. His love of literature and art led him to champion the Arabic language, as well as to gradually assemble a significant collection of Egyptian and Arab art. Many of the works in the Mohammed AlSharekh art collection were created by lifelong friends, filling his house with shared stories and happy memories. 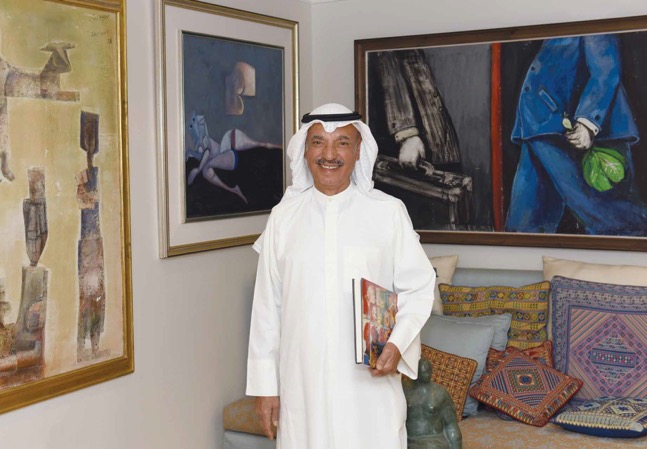 Mohammed AlSharekh with his art collection in his home, Kuwait, 2016

AlSharekh was born as Mohammed AbdulRahman AlSharekh in 1942. His father was a merchant living and working in India and he passed just before the second world war, when Mohammed was just two years old. Despite his father’s early passing, Mohammed had a normal upbringing in a traditional Kuwaiti household. He attended secondary school in Kuwait and soon decided to transfer to night schooling so that he can join the government telegraph department to support his family. Friends he met there later connected him to the flourishing intellectual scene of Cairo in the 1960s.

When Mr. AlSharekh went to Cairo in 1961 to study economics at Cairo University, his life became immersed in literature and art when he got acquainted with a group of young writers, poets, and painters. His true passion was awoken and channeled into writing in the Arabic language. He wrote several short stories that were published during his university years and his
life in Cairo revolved around this group of intellectuals that included Hassan Soleman, Ahmed Morsi, Ibrahim Mansour, George Bahgory, Gamil Shafik, and Adam Henein. 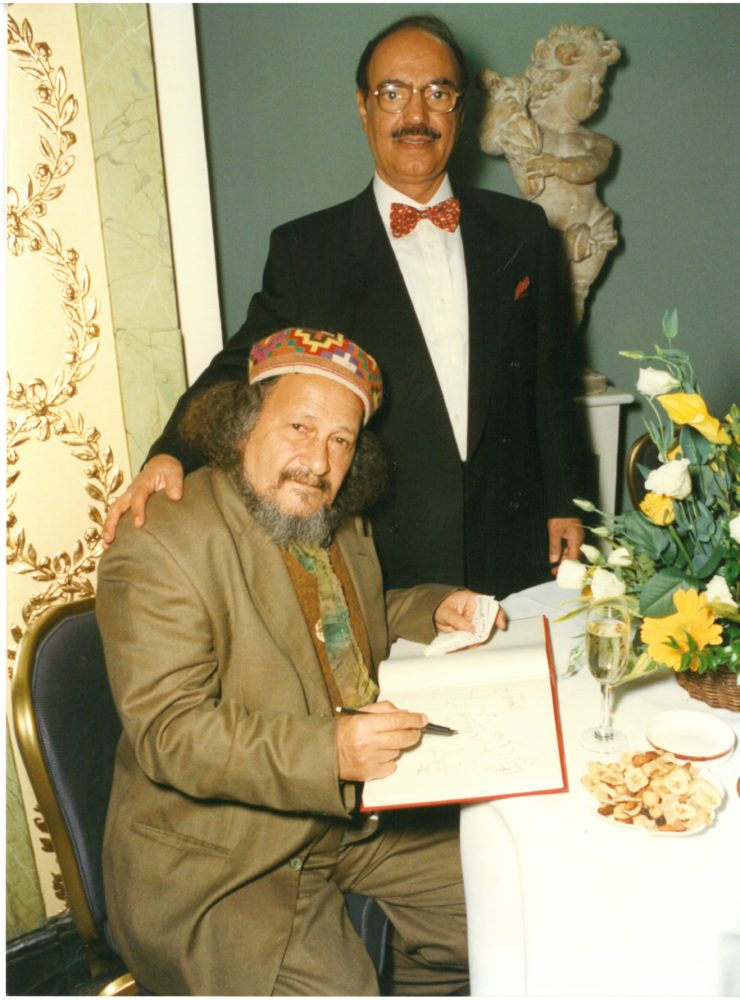 George Bahgory and Mr. Mohammed AlSharekh on Aug 31, 1997 at the The Dorchester Hotel, London.

Mohammed graduated with a Bachelor’s Degree in Economics in 1965, followed by a Master’s Degree in Economic Development from Williams College in Massachusetts in 1968. After his education, he accepted the post of Deputy Director General for the newly established Kuwait Fund of the Arab Economics Development. Following that post, he was posted to the Board of Directors of the World Bank as a representative of Kuwait and Arab states in Washington D.C. from 1973 to 1975. He then established and led the Industrial Bank of Kuwait as Chairman and Managing Director from 1975 to 1979, while also being one of the main founders of the Kuwait Economic Society and the Federation of Arab Economists. It was in 1980 that AlSharekh decided to leave public service and focus on his entrepreneurial endeavors. 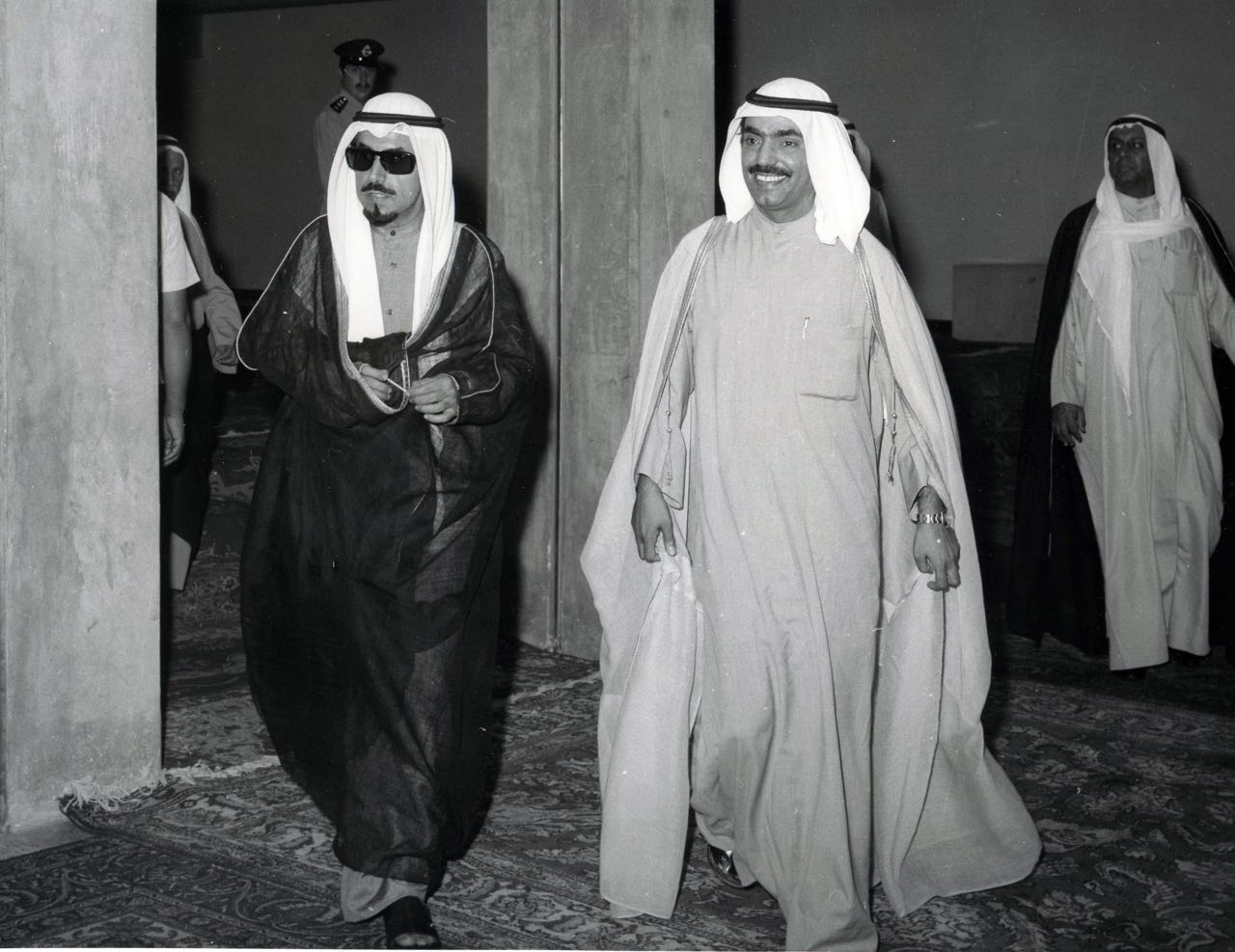 Through his AlAlamiah Group, Mr. AlSharekh had distribution agreements for many technology and electronics companies including Yamaha, JVC, Atari, and others. A fateful dinner in 1982 with Raymond Kassar, the Arab-American CEO of Atari, gave Mr. AlSharekh to establish an Arabic software company to address the language barrier facing technology penetration in the Middle East. In 1983, Mr. AlSharekh combined his love of the Arabic language with his technology relationships to launch Sakhr Software Co. and Arabize the computer.

He partnered with Microsoft and Sakhr developed software on Microsoft’s MSX platform.

With a manufacturing agreement signed with Yamaha to produce the hardware, and Microsoft for the operating system, Mr. AlSharekh worked on the final piece of the puzzle which was to develop Arabic software, something that had not been attempted in the past.

He hired a team of engineers from Egypt, Lebanon, Palestine, and Iraq that worked on the research and development for this project for two decades to adapt the computer to meet the unique requirements of the Arabic language. The rest is history… 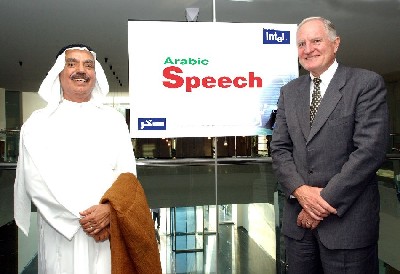 Mohammed played a crucial rule in the world of technology in the Arab world but also dedicated much of his time to his love of the Arabic language.

His literary style is easily distinguishable in its simplicity, agility and depth. Not only was he a man of technology but he was also a talented author.

One of his most important early stories is “Al-Makhad”  (Parturition). Other stories were published in Gallery 68 Magazine as well as in Ebda, Akhbar El-Adab, Al-Hayat, and El-Ahram magazines. In 2006, his first collection of stories “10 Stories” were published by Merit House, followed by a novel called “The Family” in 2007, and two more collections of short stories “The Arena” in 2010 and “Secrets” in 2016.

The Patron of the Arts

The art collection of Mohammed AlSharekh consists mostly of Postmodern Arab art with a focus on artists from Egypt spanning 40 years starting from 1968 until 2009.

Like many of his generation who grew up in the sixties, AlSharekh was connected to the ideals of Pan-Arabism and the preservation of the Arab culture and language.

In his view the Arabic word was an integral part of heritage which required conservation, and, to insure its continued existence, he invested in digitizing it. He was determined to bridge the gap between East and West through technology and art. 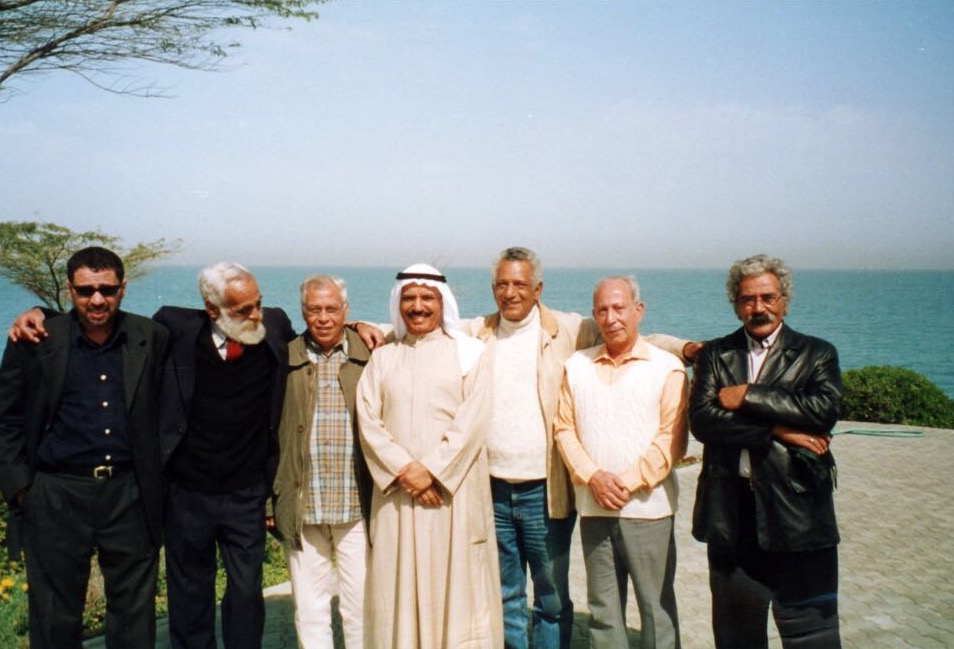 Mr. AlSharekh is a constant traveler and admirer of culture and the arts. His main priority in life though has always been his family.

His main supporter and confidant in all his endeavors for the past 47 years is his wife Moudhi AlSuqair, with whom he has four children: Fahad, AlAnoud, Abdullah, and Manayer. 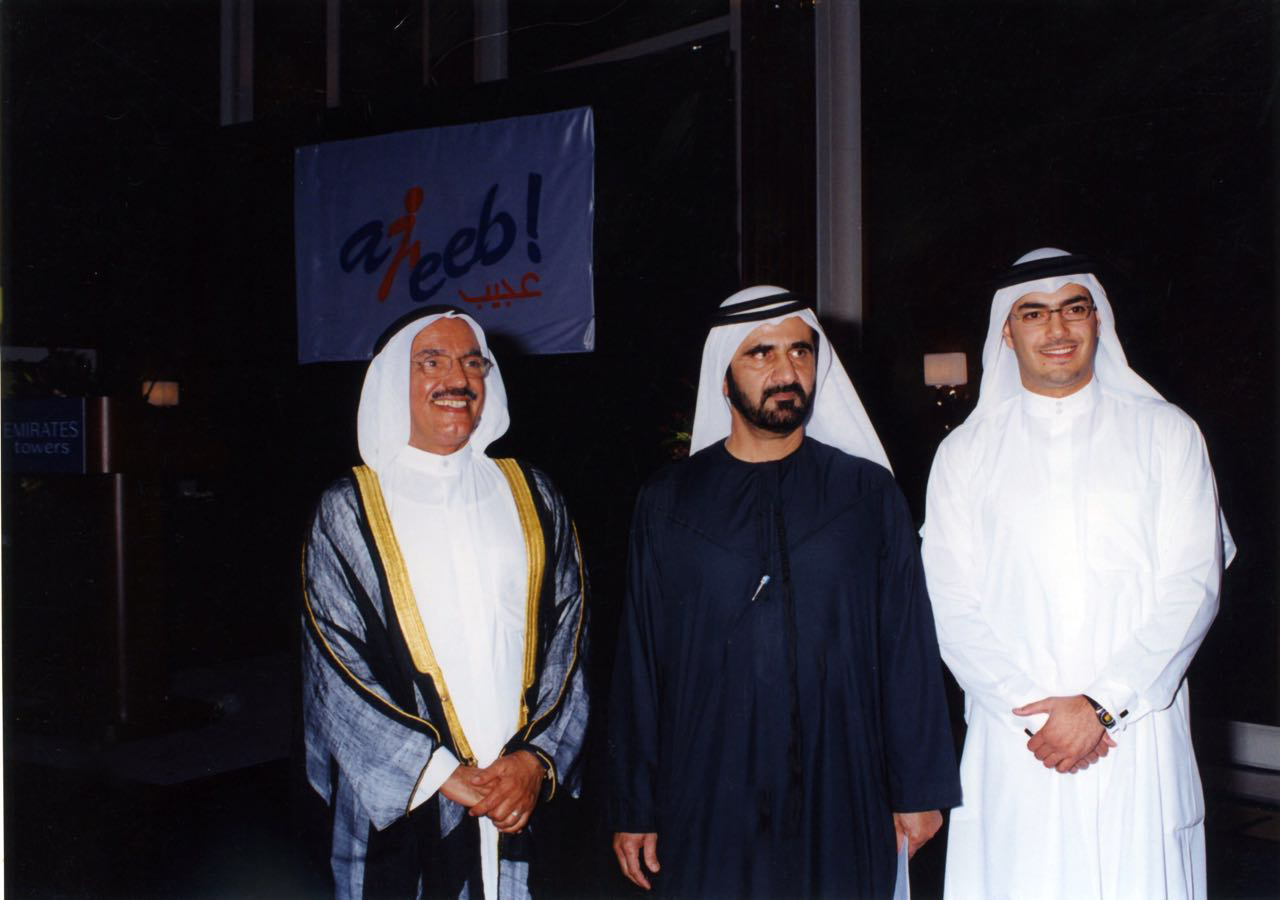 Mohammed AlSharekh and Fahad AlSharekh with Sheikh Mohammed bin Rashid Al Maktoum at the Launch of Ajeeb.com at Gitex, Dubai, 2000.