A derivative of the culture that he illustrates, Fathi Afifi was born in a low-to-mid income district in Cairo, where he achieved an industrial school diploma and then worked at various military factories. In his paintings, Afifi brilliantly captures Cairo’s crowded streets and neighbourhoods and strives to expose the pulse of everyday Cairo life. The roaming masses travelling through Cairo’s overflowing streets, sidewalks, train stations, factories and coffee shops populate Afifi’s paintings. Reflecting on a critical reality rather than a romantic view of Cairo, Afifi reveals how Egyptians’ daily routine has become mechanical and impersonal. Bold brush strokes, textured canvas and sketch-like techniques capture the grittiness of the streets and the perpetual movement of machines and people, that resemble visions from a memory. 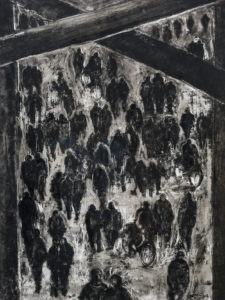 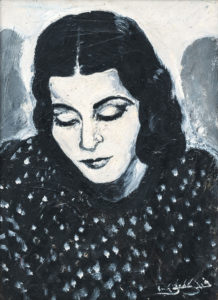 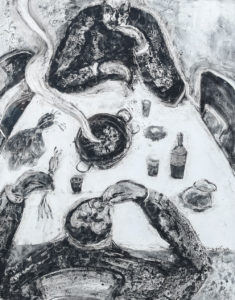 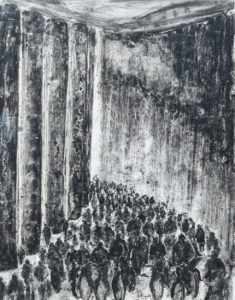 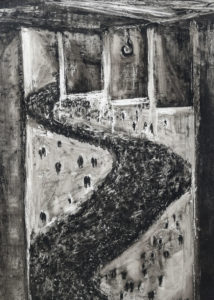 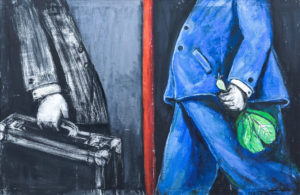 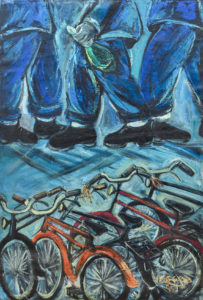 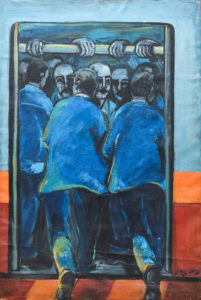 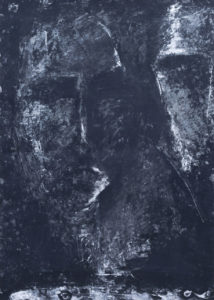 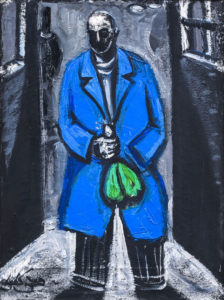 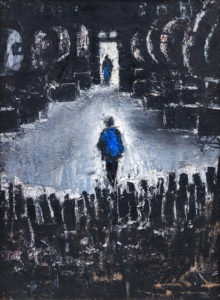 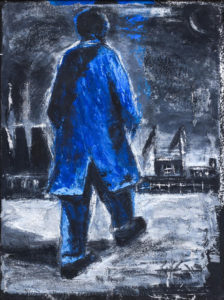 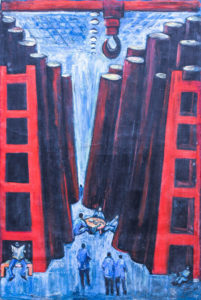 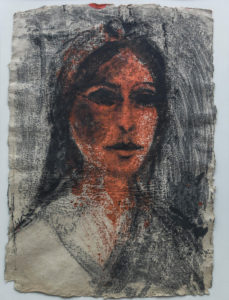 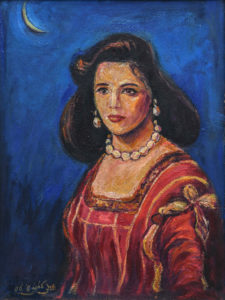 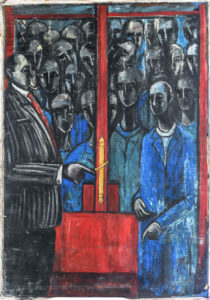 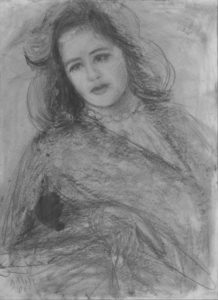 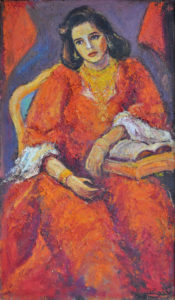 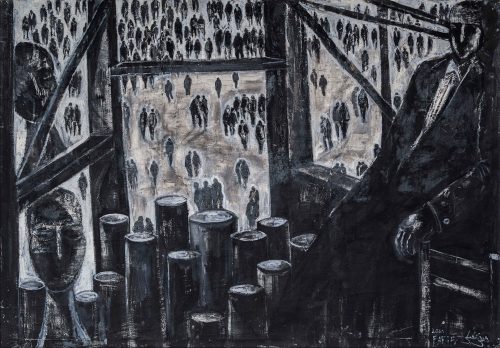 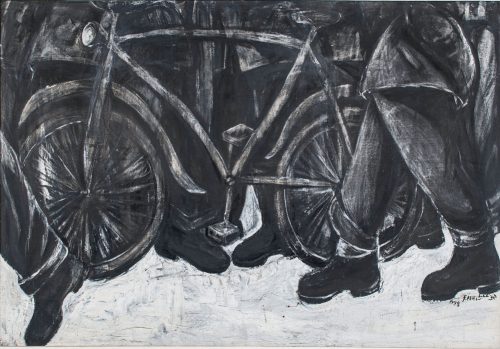 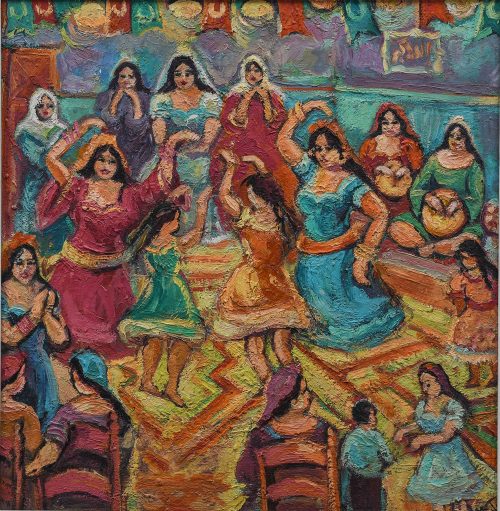 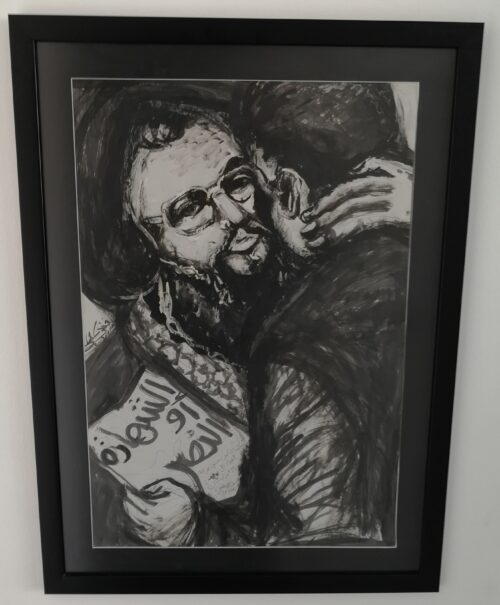 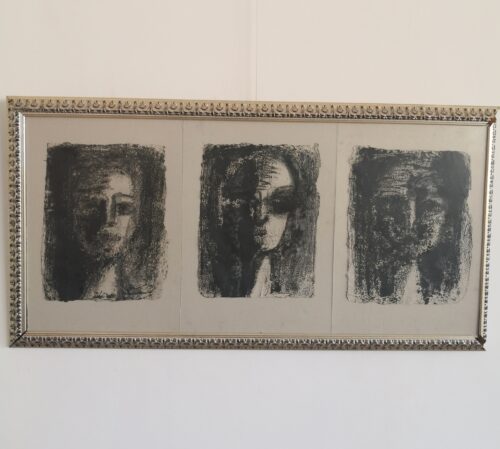 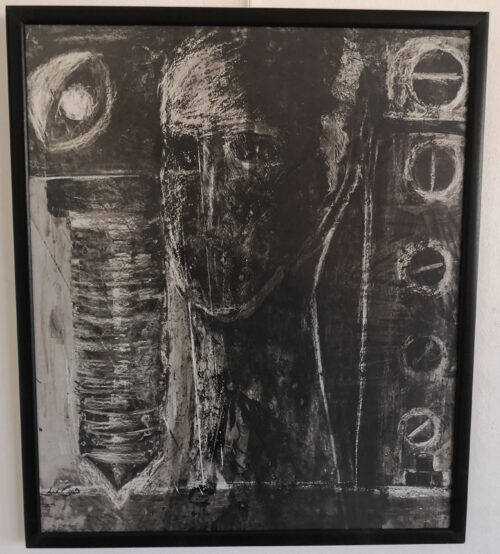