A woman artist who has made a mark in the Egyptian arts throughout the twentieth century,
Gazbia Sirry is considered one of the pioneers of the Modern Art movement in Egypt and the
Arab world altogether. Emphasizing strong female figures in the 1950 and 1960s, Sirry’s
concentration shifted from representation to abstraction in the aftermath of the Arab defeat in
the 1967 Arab-Israeli war. Consequently, categorizing Gazbia Sirry in any one school would be
limiting, but perhaps one factor that distinguishes her from all her peers, is her use of color.
Sirry’s brushstrokes are urgent and fiery, and more evident in her later works but equally
apparent in her earlier figurative paintings. 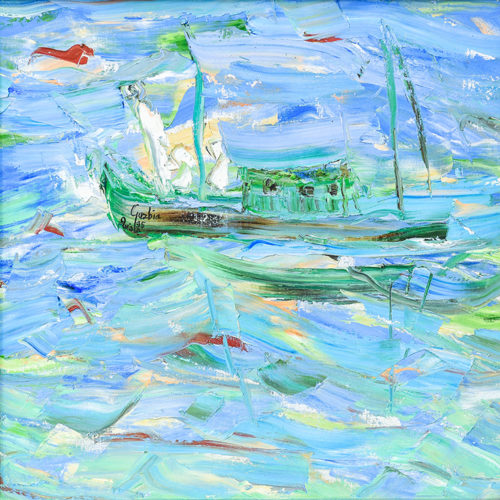