Hassan Soliman was one of the most well-known and respected avant-garde painters in Cairo during the early sixties. Not only was he a renowned painter, but also a talented writer, critic, and illustrator. In his paintings he created high contrast semi-silhouettes with intense black and white mixtures that were sometimes warm and others cold while using a color paste that created
a rich thick texture. Soliman disregarded minute details in his subjects to focus on the expressive whole. For instance when he painted formations of one or two human figures, they merged, extending together into their shadows. Soliman cherished themes of still nature, translating the fall of light on the circular outlines of containers, projecting peaceful colorful shades on the table surface. He explored ideas in abstraction, graphic engraving, and drawing where he was a gifted master. 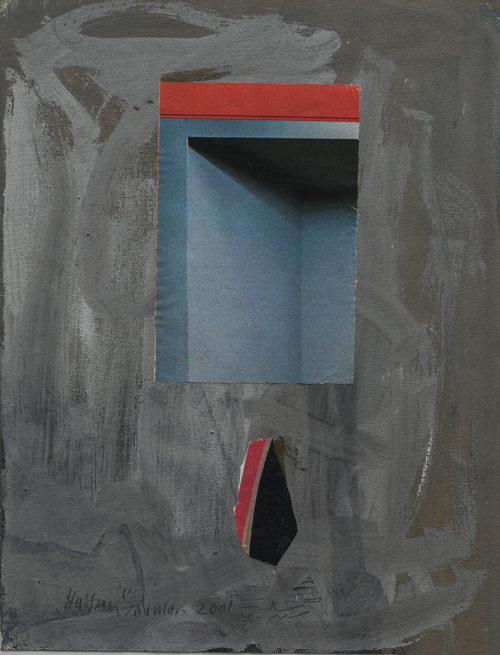 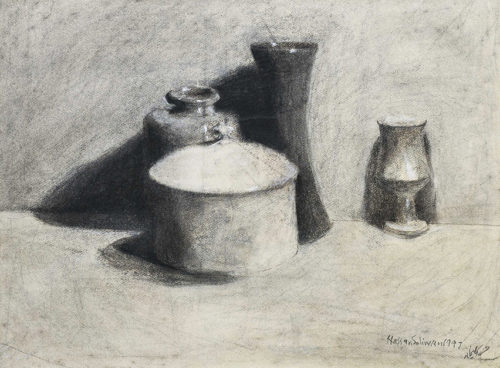 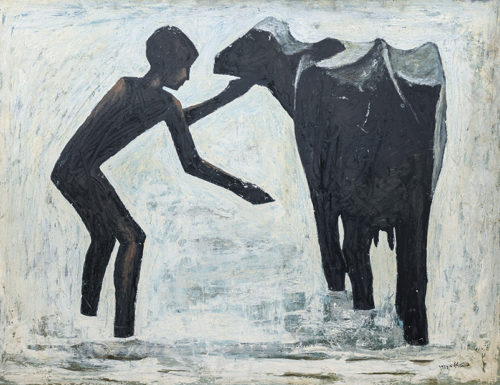 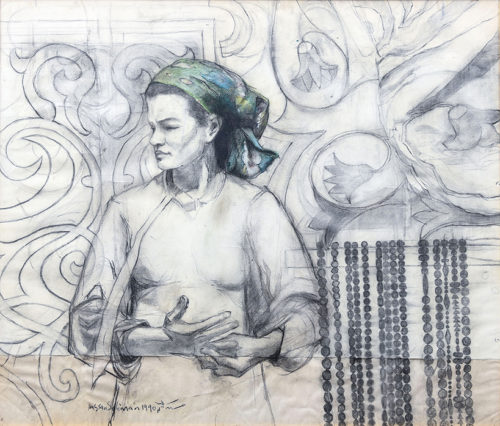 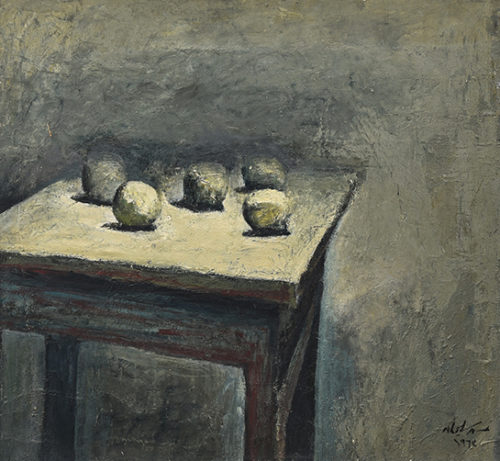 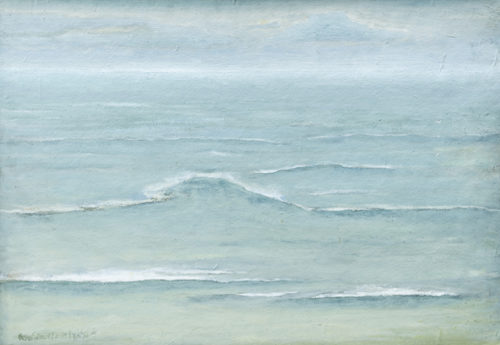 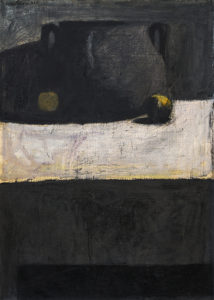